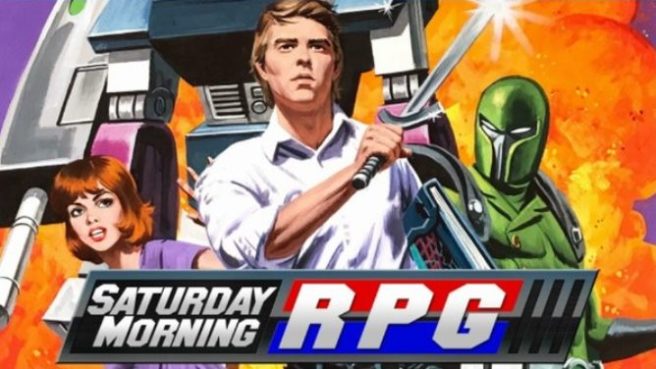 Saturday Morning RPG will launch for Switch on April 26, a listing on the European eShop reveals. The North American release will likely take place on the same day.

Limited Run Games will also be offering a physical version of Saturday Morning RPG this spring. A release date hasn’t been set at this time, however.

Here’s an overview of Saturday Morning RPG, plus a trailer:

Saturday Morning RPG is a Japanese style turn-based RPG set in a world heavily inspired by 1980s Saturday morning cartoons and pop culture. Players take the role of Martin ‘Marty’ Michael Hall, an average high-school student who has just been granted an incredible power – a power that ultimately leads him to attract the ire of the world’s most notorious villain, Commander Hood!

– Battle countless enemies in active turn-based combat across five thrilling and infinitely replayable episodes!
– Explore diverse environments in Marty’s hometown, Shadow Valley, and beyond!
– Level up and collect battle items to power Marty up and defeat the evil forces of the HOOD!