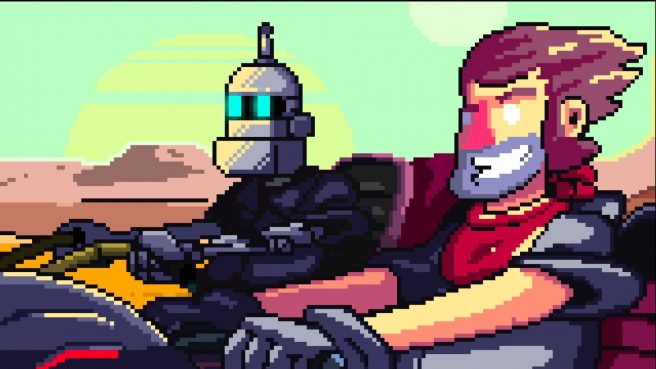 Microids announced this week that it’s teaming up with developer Games for Tutti on the pixel art adventure game Scrap Riders, which will be made available as part of its indie label. A release is planned for 2022.

Here’s some additional information about the game, courtesy of Microids:

Scrap Riders is a pixel art adventure game set in a cyberpunk future, developed by the Spanish studio Games for Tutti. You play as Rast, a member of the outlaw bikers gang Scrap Riders, and make your way through the wastelands and a big metropolis controlled by corporations. Act as a smuggler with caustic humor to survive in this post-apocalyptic world.

Fight your way through this 2D beat them up using your fists and guns, but beware: the wastelands are not for the faint of heart. There, violence is always the answer, but it won’t be enough! Without your wits you won’t last long. Talk to the right people, gather clues, and kick bad guys’ asses!

We have the first trailer for Scrap Riders below.

Scrap Riders will be sold digitally for Switch via the eShop. We’ll have additional coverage on the game in the future, including a final release date.