SEGA bringing Rock of Ages 2: Bigger & Boulder to Switch, due out this month 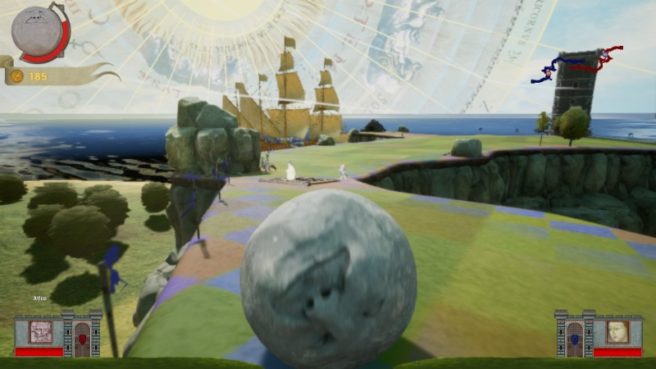 SEGA announced today that it is bringing ACE Team’s tower-defense and racing hybrid Rock of Ages 2: Bigger & Boulder to Switch. A release is planned for May 14 on the eShop.

In Bigger & Boulder, Atlas, the Greek Titan that’s tasked with the eternally dreary job of holding up the sky, has literally dropped the ball and must run through different periods of Art History to escape the consequences.

Part tower-defense, part racing game, Rock of Ages 2 has way too much rock for one Switch. Team up with up to three friends online, either in co-operative play to smash down the enemy gates, or carve a path of destruction against one another to prove who is the real Rock God.

– Up to 4-Person Multiplayer – A little friendly competition never hurt anyone. Play with up to four players online in a match to the crushing death, with the ability to customize the banners and colors for your boulder.
– Utter Chaos – Expanding on the first game with a more diverse selection of units and a larger focus on rock-smashing strategy in Bigger & Boulder, chaos reigns supreme!
– Improved Physics and Destructible Environments – Developed in Unreal Engine 4, Rock of Ages 2 has upgraded physics, allowing you to crack, crush, slam, and flatten your adversary!
– ACE Team’s Trademark Quirkiness – With humor turned up to 11, players will rock and roll through the ages. Famous historical and mythological figures beware.
– Historically Inaccurate Bosses – Take on works of art come to life in boss battles featuring the likes of The Thinker and the Great Sphinx, leading up to the all-powerful final boss in a showdown like you’d never imagine!

Rock of Ages 2: Bigger & Boulder will cost $14.99 on the Switch eShop. View a trailer for the game below.