Shelter Generations coming to Switch as a console exclusive 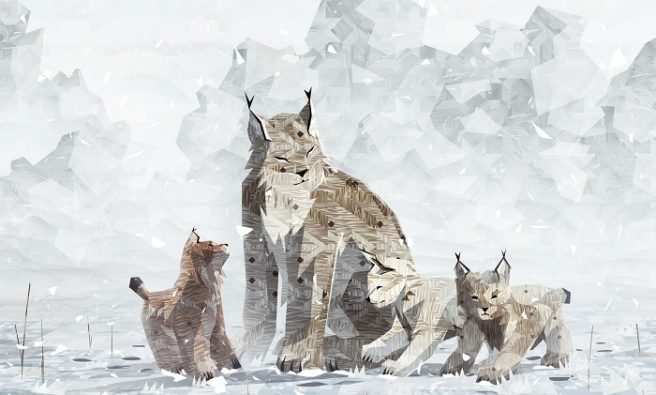 Shelter Generations was announced for Switch several months ago, but we didn’t really have information about the project at the time. Circle Entertainment has now provided a few details.

Shelter Generations will feature Shelter 2, Paws, and more in a single digital package. It’ll be available on Switch as a console exclusive.

We're proud to confirm that we're teaming up with @MightAndDelight to release Shelter Generations in NA / EU / Aus & NZ on #NintendoSwitch, a console exclusive. It'll include Shelter 2, Paws and more in a special digital package. More details coming soon… pic.twitter.com/b39lCRtrwT

Continue on below for more on both Shelter 2 and Paws.

The beauty of nature goes hand in hand with its unforgiving rawness. That is central in Shelter 2, and one of the reasons we chose to make a game about a Lynx. They are in middle of the food chain, and there are far more vicious things out on the cold tundra.

The game follows the life of a mother lynx, starting as a pregnant animal, giving birth and continuing in to a journey of parenthood where nurturing her cubs is paramount for survival. Shelter 2 includes more elaborate gameplay features than its predecessor, such as stamina, different types of movements, jumps and a variety of prey to kill. Besides hunting there are several maternal and hunting features, such as calling the cubs closer, smell for prey, making sure they drink water from rivers and lifting and carrying your cubs from harm’s way.

Environments in Shelter 2 are much bigger than its predecessor and allow a lot more freedom than ever before, allowing players to find favorite spots to return to. This time weather and seasons change, harsh winters and bloomy summers awaits you!
The music is once again presented by Retro Family, awarded for their work on the Pid Soundtrack, and the visuals have been reinvented by adding dense atmosphere and lighting to the patterned graphical art style.

Might and Delight invites you to step into the world of Shelter 2 in a standalone adventure set in a fairytale world. This is Paws!

Dark and grime, twist through the vines
Slip through perils with finesse and toil
Be two for strength, be two of mind
Find the way home to familiar soil.

Paws is a tale of two halves and sees you traverse the dark and dank surroundings of an enchanted land as you try to fend off dangers, whilst overcoming the daunting sprawling landscape you encounter as you try to make your way home.

The game combines all the unique elements from the much loved Shelter series to present a lovingly crafted story about loss, friendship and a search for lost love.

Main features:
– A gripping linear experience in a fantasy setting.
– For the first time ever in the Shelter world, you play as a young cub accompanied by a companion to help complete puzzles and overcome obstacles in the world.
– New game play features include the ability to follow tracks using your sense ability.
– A whole new corner of the world to explore with platforming game mechanics at its core.
– New original music from Retro Family.