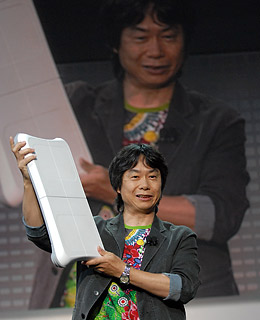 For more than a few weeks, Time Magazine has been hosting a poll on its website to determine the most influential person of 2008. Now, the voting has ended and the dust has settled. Immediately, Shigeru Miyamoto would come to the mind of any video gamer as being influential for his innovative ideas. Miyamoto was riding in the #2 slot for a number of days, but eventually outperformed Rain – last year’s winner – by 4 points. Last year, Miyamoto was voted the ninth most influential person. This year, however, the Wii’s continued success, coupled with the fact that Miyamoto is a very respected member of the video game industry, helped boost his point total. Congratulations to Mr. Miyamoto!