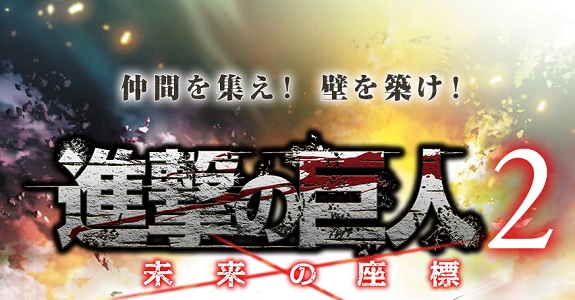 Spike Chunsoft has announced that they are working on a sequel to Attack on Titan 2: Future Coordinates, which arrived to North America 2 years ago as Attack on Titan: Humanity in Chains.

This title, called Shingeki no Kyojin 2 ~Mirai no Zahyou~ in Japanese (it would translate to Attack on Titan 2: Future Coordinates), will probably cover the events of the second season of the anime, but we don’t have any details about the game yet.

For now we just know that it will be released for 3DS later this year in Japan and that we’ll get a first look this weekend, as there will be a TV commercial during the airing of the latest anime episode.