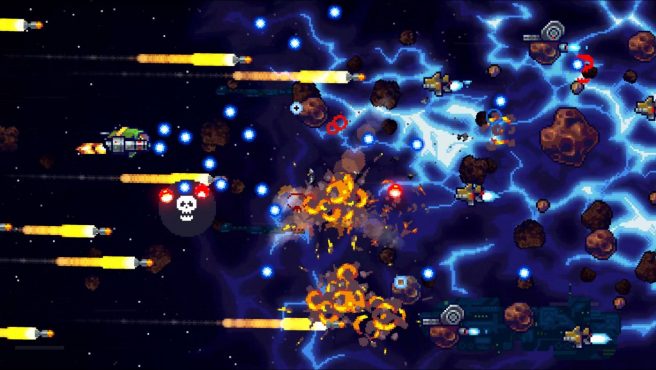 Publisher Eastasiasoft and developer Fat Pug Studio have announced Rick Henderson, an endless horizontal-scrolling shoot ’em up game. Switch will be getting the title in the future, but a specific release window hasn’t been shared.

Paying homage to arcade classics and wrapped in nostalgic 16-bit graphics, Rick Henderson is an endless horizontal-scrolling shoot’em up with unlimited replayability. Twitch your fingers through five enemy factions and their bosses, upgrade your ship and try to survive unpredictable space events.

Rick Henderson features multiple difficulty modes to maximize accessibility, helpful tutorials to get you started and a deep scoring system with multipliers, grazing, ranks and perk bonuses. Choose a ship that suits your playstyle, equip 27 unique weapons, perform upgrades and test your skills against dozens of enemy types, all set to a blood-pumping synthwave soundtrack.

You can check out a trailer for Rick Henderson below.