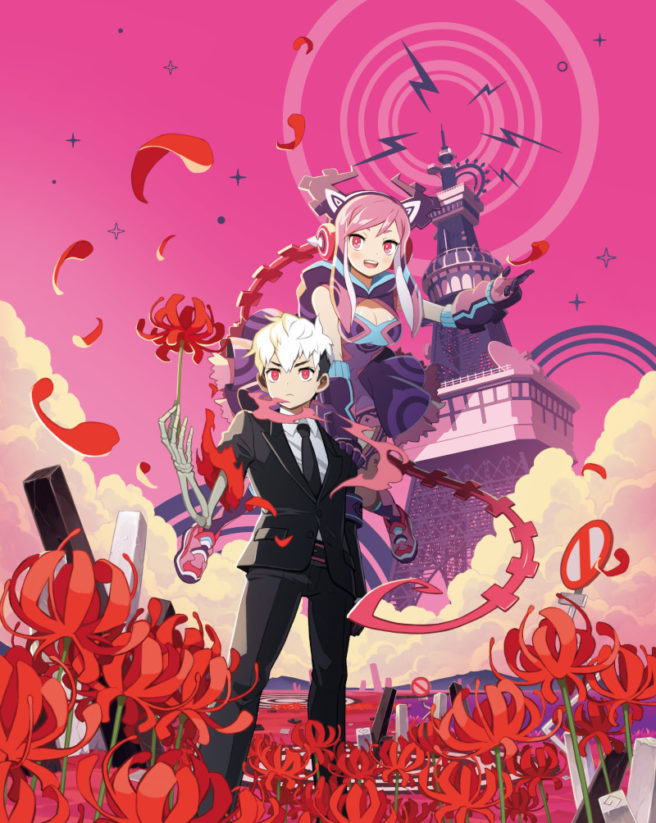 We now the first trailer, information, and screenshots for Shoujo Jigoku no Doku Musume, Nippon Ichi Software’s newly announced action RPG arriving on Switch where there is a hell for every girl. Check out the details, trailer, and screenshot gallery after the break.

Nippon Ichi Software will release Shoujo Jigoku no Doku Musume for PlayStation 4 and Switch on June 25, 2020.

Shoujo Jigoku no Doku Musume is an action RPG set in “Maiden Hell,” a spiritual world created by girls. The player comes to share a body with a girl who resides in Hell, and together they will “purify” the domain.

Look forward to a game that has both story and playability!

“Delusions” are created by the worldly desires of humanity. They are born from strong emotions and desires, both living and dead, and create “Hells.”

The protagonist* is a normal human being who ends up in such a Hell. His body stolen, he becomes one with the Hell resident known as “Poison Maiden,” and begins the purification of Hell in order to return to the world of the living.

How did he end up here? Who is he? And who is the Poison Maiden? This is the story of your Hell.

■ The World of Hell

In Hell, poison and “Poison Swamps” created by the strong emotions of girls appear each day. The goal of the game is to collect and “purify” that poison to save the girls.

Since Hell filled with “Delusional Beings,” shadows of a fallen girl’s former self who are after the protagonist’s body, use the poison you collect to eliminate them.

A Delusional Being who has stolen the body of the protagonist, who ended up in Hell, and now shares their body. Since “Poison Maiden” refers to the “Delusional Being” that has become one with a living person, her actual name is different, but she is unable to remember it for some reason.

She sweet-talks the protagonist to help purify Hell, but actually wants to take over his entire body.

(The protagonist’s gender can be selected from either male or female.)

■ Poison Maiden and the Protagonist

Utilizes the bodies of Poison Maiden and the protagonist, two hearts in one body, to purify Hell.

Communication with the Poison Maiden unfolds via a multi-story that changes based on the player’s decisions.

“Delusional Beings” are the realizations of the girls’ strong emotions. They wander about Hell and attack in search of a living body in order to fulfill their own desires. There are various types, including shooting types and melee types, as well as some that hide within Poison Swamps and only appear when attacked.

By surrounding select areas when playing as Poison Maiden, you can collect poison from Poison Swamps. In addition to being able to involve and damage enemies during collection, you may also acquire handy battle bonuses such as the weapons and items that appear.

However, the deeper you are in a Poison Swamp, the more damage you take, so be careful as the value increases.

Attacking enemies is based in shooting poison. In addition to standard “poison bullets,” there are various other types such as rapid-fire poison bullets and scattered poison bullets, which you will acquire as you purify Hell.

“Maiden Hell,” the stage of the game, has various states since it appear in the form of the girl’s spirit who created the Hell. By collecting poison, the true appearance of the Hell is projected, and sometimes the strong emotions of the girls can be directly seen, from “what” was used to make the Hell, to the state of the Hell and its items.

—The Hell of a Girl Entranced by the “Cursed Black Book”

The Hell of a fallen girl who came into possession of an occultic book.

—The Hell of a Girl with Pink Fantasies

—The Hell of a Girl who Turned Reality to Ashes

The Hell of a girl who who wants to hide the awful things that happened at her school from her family, who falls to Hell from the guilt.

—The Hell of a Girl who Died Without Fulfilling a Promise

The Hell of a girl who died without fulfilling a promise to a close friend.

In Hell, there is a regularly broadcast radio program called “Higan Radio,” through which you can hear messages by way of “a girl’s voice.” In addition to learning about the outbreaks of Poison Swamps, the “sad cries” of a girl who created Hell are also broadcast.

The state of a girl’s thoughts influences the scenery of Hell, laying out a dark and empty world.