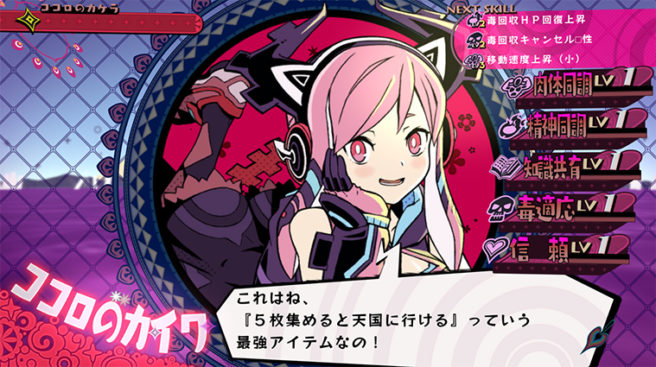 Shoujo Jigoku no Doku Musume is an Action RPG arriving on Switch in Japan on June 25th. This is the third official video for the game, which follows the story of our unnamed protagonist who somehow ended up in Hell alongside the mysterious Poison Maiden. Agreeing to go along with her plan to purify Hell, and despite knowing that she plans to take over their body, the protagonist works alongside the Poison Maiden to find out more about why they ended up in Hell in the first place.

This recently released video shows footage of both the male and female options for the player character, as well as showing off a very catchy track from the game. Take a look at it here: