Sky Kid is this week’s Arcade Archives game on Switch 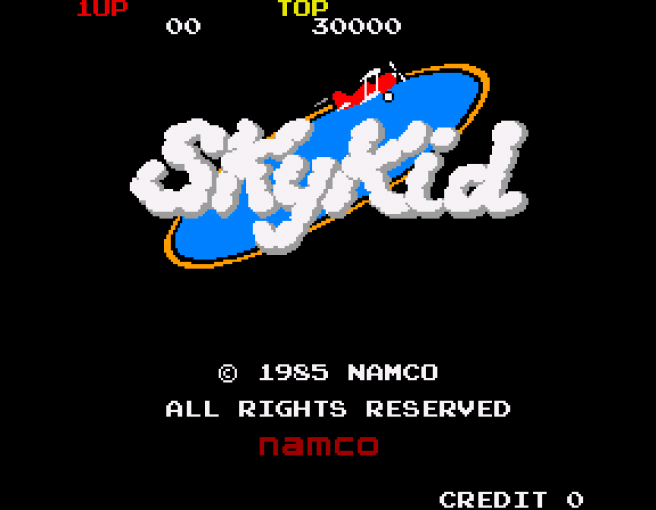 The latest addition to Hamster’s Arcade Archives lineup of retro games has been announced. Sky Kid, a horizontal shooter featuring a bombing biplane, is scheduled to arrive on the Switch eShop later this week. Here are some details on the title from the International Arcade Museum:

Sky Kid is a horizontal shooter arcade game released by Namco in 1985.

You play a bi-plane pilot on missions to bomb enemy targets. Left to right scrolling screen, shoot at enemy planes and trucks. Fly down and pick up the bomb as you go along. Cartoon-style graphics and great music.

A great fun game, features 40 levels of game play with increasing difficulty and longer missions, with multiple targets to bomb as you go along. Avoid on-coming enemy planes, ground fire and air-balloons. Nice feature in that if you are shot down you can hit the loop button repeatedly to get control back of the plane. Some hidden bonus features, such as shooting the three dancing girls that appear when you complete a mission they turn into flowers. Excellent music and the graphics are all in a cartoon style.

Sky Kid is primarily a single player game, but does feature an alternating two-player competition mode.