Smash Bros. Wii U was the seventh most watched eSport on Twitch last month 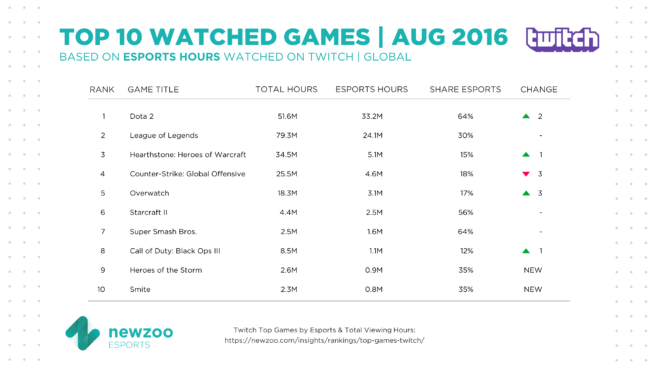 According to a report from Newzoo, Super Smash Bros. for Wii U was the seventh most watched eSport game on Twitch during the month of August. It beat out the likes of Call of Duty: Black Ops III, Heroes of the Storm, and Smite. Dota 2 ended up taking the top spot.

Newzoo’s data is based on the total number of hours that viewers watch. In addition to eSport hours, the chart above also provides a look at total hours and eSports share.