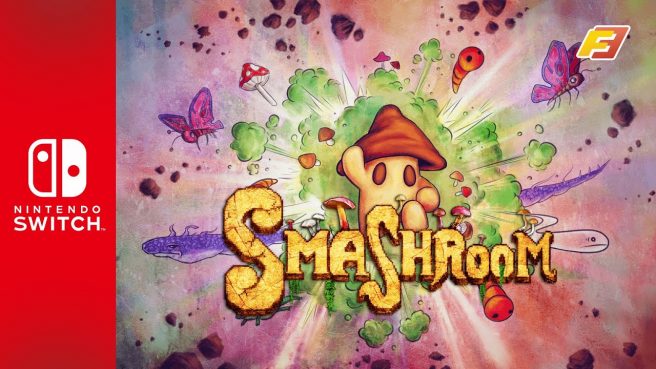 Forever Entertainment has announced that adventure platformer Smashroom is arriving on the Switch eShop on August 5. Check out an overview and trailer below.

The faith of the forest is threatened by evil forces. A mysterious curse has turned your human body into a small mushroom and your world is invaded by molds, but not all is lost! Your new form comes with new abilities. It’s up to you to break this spell and save the forest, maybe you’ll even get your humanity back!

The main character is a small mushroom with the ability to explode at will, making his way through the levels of the game. The explosive-skill can also be used as a “mid-air jump” and part of the level design revolves around this characteristic.

Another important feature is the simple “level-up” system the player can use to improve specific skills, such as the attack rate, the defense and the special elemental damage. New skill-levels can be reached by collecting points which are obtained from enemies, boxes and destructible rocks.