Smelter scheduled for this summer 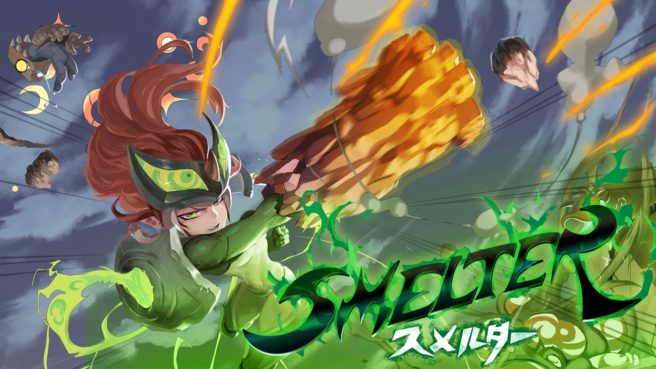 The strategy, action-platformer combo Smelter has a slightly more specific release window. It was previously announced to be launching this year, but the game is now confirmed to be arriving this summer.

Here’s an overview of Smelter:

After the destruction of the Garden, Eve finds herself in an unfamiliar world and her beloved Adam is nowhere to be found. On her search for Adam, she encounters Smelter, an unusually over-confident, winged creature with the powerful ability to “Flootipoo” with others, giving them incredible powers.

Offering his apparently “invaluable” assistance, Smelter flootipoos with Eve and they depart on a journey to the treacherous Rumbly Lands to expand Smelter’s territory, allowing them to reach further into the various domains to find out what happened to her Adam, hoping to find him in one piece and find a way back home and to their peaceful lives.

Smelter is a strategy, action-platformer combo inspired by some of the classics from the 16-bit era. Players will find themselves alternating between top-down strategic gameplay, where players help Smelter and his faithful Zirm forces expand Smelter’s territory, build his mighty base and fight his way through various unique quests, and action-packed platforming levels, complete with three unique elemental skill sets needed to adapt to the levels, foes and bosses.

Hybrid gameplay style that combines fast-paced platforming with top-down strategic gameplay
Incredible, diverse worlds ranging from hellish to beautiful with unstable landscapes
Three skill sets, complete with over 40 upgrades obtainable through multiple challenges, allowing for varied combat, movement and defense tactics
Fire up the “Smelt” ability, which can be used both in combat and on objects to navigate through difficult terrain
Strategy maps featuring a variety of building types, upgrades, and exciting events allowing players to enjoy overthrowing onslaughts trying to overrun Smelter’s base and reach his precious Heart
Hand-crafted, high quality pixel art to feast your eyes on
A rockin’ soundtrack combining old school sound with kick-ass guitar and synth tracks
Characters ranging from eccentric to completely out of their mind
Multiple bosses with their own back stories, bad-ass enemies, and challenging levels!