Snooker 19 coming to Switch next year 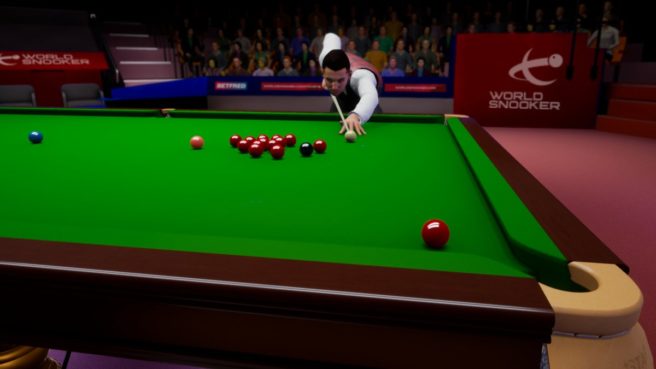 Ripstone Games, in partnership with Lab42 and World Snooker, has announced that it’s working on Snooker 19. The game will be coming to Switch in 2019.

We have the following details from Ripstone:

Developed by Leamington based Lab42, Snooker 19 will feature 128 of the world’s top players including Ronnie O’Sullivan, Judd Trump, Mark Selby and Ding Junhui as they take to the table at iconic venues including The Crucible and Alexandra Palace and in countries across the world including China and Germany. Players will be able to compete in every major tournament culminating with the World Championship in Sheffield. Snooker 19 will be the first officially licensed game to be published across all current generation consoles as well as PC.

Snooker 19 will deliver the most authentic, realistic, and best-looking snooker game ever made with multiplayer modes, a single player career mode linked to real tournaments and compelling TV style presentation.