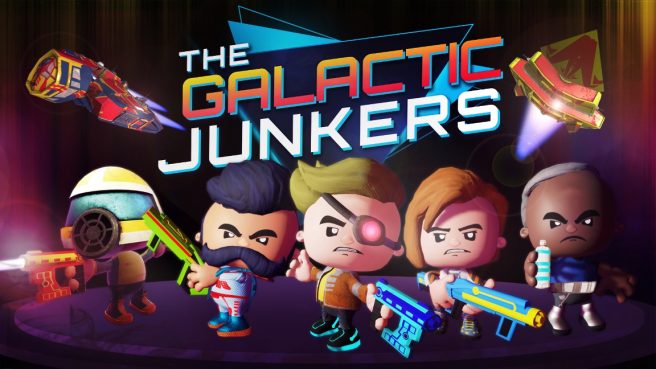 Publisher Green Man Gaming Publishing and developer Evil Twin Artworks have announced that The Galactic Junkers, a comedic space combat adventure game, is heading to Switch. A release is planned for later 2022.

Evil Twin Artworks was originally planning on going the Kickstarter route to support the PC development and hopefully secure funding for a console release. However, Green Man Gaming Publishing has stepped in to provide support in terms of publishing, PR, and marketing support.

Here’s a bunch of information about The Galactic Junkers:

– Explore – Take a journey across the solar system exploring all nine planets and their neighbouring sectors. Discover mysterious asteroids, creaking space stations, abandoned shipwrecks, deadly pirates and much more.
– Mine, Salvage, Steal, and Trade – Running a spaceship is never easy and there’s always bills to pay. Keep your bank balance looking healthy by mining asteroids, salvaging derelicts, and trading with disreputable characters. Maybe you’ll even partake in a little theft, but don’t worry – we don’t tell anyone.
– Battle and Board Enemy Ships – Space is a deadly place so you’ll have to fight for your life. Set your crew to operate the guns and show those pesky pirates what you are made of! Board enemy ships to smash and grab essential resources or hack systems from the shadows.
– Hire and Maintain your Crew – A happy ship needs a happy crew, so look after your band of useful idiots. Nurture their skills to keep everything running smoothly, or if you don’t like them, show them the airlock and hire new crew.
Buy, Upgrade, and Repair Ships – Maybe you need a little more juice in the engine department or your guns are falling short. Upgrade your ship to take control of the sector and make a name for yourself. Or if you prefer something a little fancier, trade in your ship for a better model. Just don’t forget your maintenance routines!
– Protect You and Your Ship at all Costs – Try not to get yourself blown up, captured, or otherwise incapacitated. We’re counting on you to find the truth behind the bounty on your head and see if there’s a bigger destiny for you out there. Explore strange new worlds, meet weird new people, try dodgy food, and boldly fumble where no space captain has fumbled before, just don’t get your exhaust ports blown off!

We have a trailer for The Galactic Junkers below.