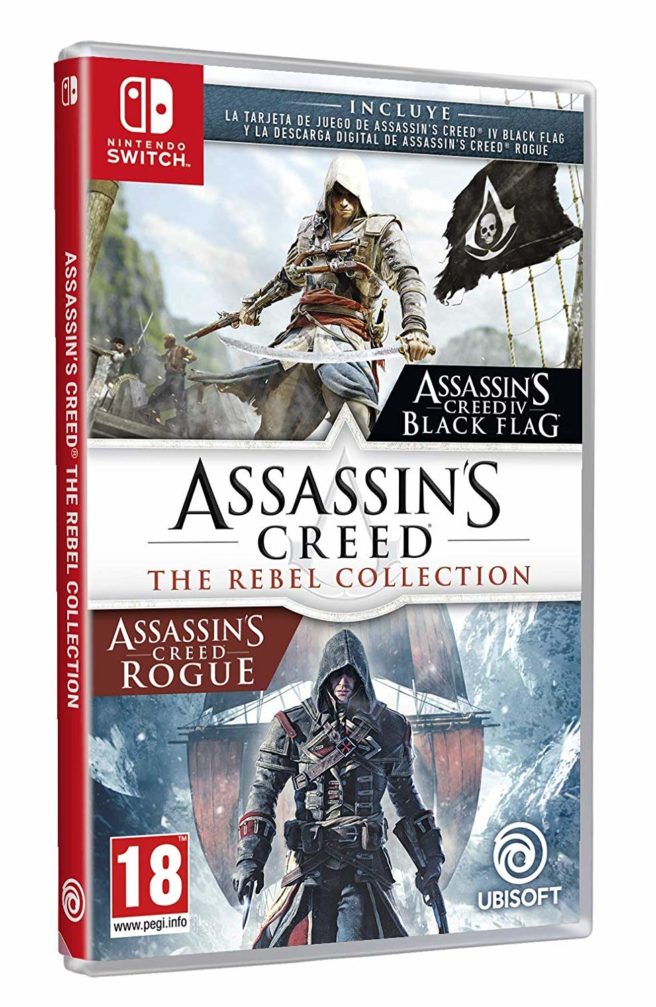 Unfortunately, if you were hoping to get both games on a physical cartridge, you might be out of luck. The game’s Spanish boxart has a banner stating that Assassin’s Creed IV comes on the cartridge whereas Rogue is offered as a download code. We’d assume that this is the case worldwide, but we’ll let you know if any additional information comes in.