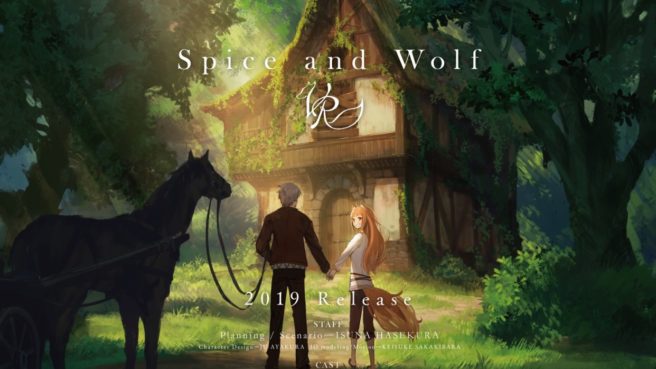 Spice and Wolf VR is coming to Switch, developer Spicy Tails has announced.

Here’s an introduction from the game’s Steam listing:

In order to achieve our dreams of entering the 2nd dimension, we will be working together with the original creators of Spice and Wolf to create a VR animation.

-Story-
Kraft Lawrence is a traveling merchant who meets Holo, a beautiful woman who can transform into a wolf.
As they travel together they face many hardships, such as having to walk in the rain.
In order to avoid the sudden downpour, Holo and Lawrence take shelter in an old, abandoned water mill in the woods.
They huddle around a small fire and enjoy a slightly strange but relaxing time together.
You are able to share that time together with them.

Spice and Wolf VR will support the Nintendo Labo VR Kit thanks to the Toy-Con Goggles. The game should be able to work without it as well on regular TVs.

Spice and Wolf VR launches on Switch this summer. It will be available as a digital download on the eShop. For those attending BitSummit next weekend, the game will be on display at the event.