Spiritfarer getting three free updates throughout 2021 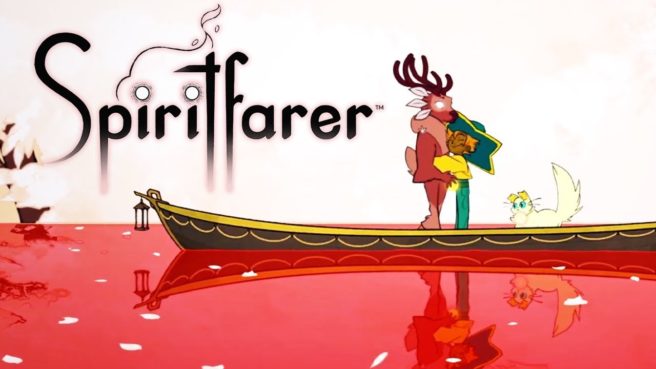 Thunder Lotus Games has revealed a trio of updates planned for its cozy management game Spiritfarer. They will be released in spring, summer, and fall.

The upcoming updates “will contain their own set of changes, including new spirits, new buildings, new resources and overall quality of life improvements to the game.” More information can be found below.

Lily Update
As Stella is getting more familiar with the job of Spiritfaring, she starts to uncover some of her memories, which are starting to blossom as wondrous flowers over her cabin. These flowers house butterflies that roost to form our new spirit friend : Lily, Stella’s younger sister.

Lily is the only spirit that’s active during the night. Just as she had been a shining presence in her big sister’s life, here she illuminates the night and lets you navigate your boat even when it’s dark! Isn’t that convenient!

In addition to adding Lily, we’ll be enhancing the cooperative experience with a brand new UI and the ability to do some coop fishing! All that and more!

The Lily Update is set to take flight this Spring!

Beverly Update
While visiting Oxbury, Stella is accosted by a stranger who turns out to be her old neighbour Beverly! She’s been feeling rather lonely on this island and couldn’t be happier to have finally found someone to talk to about the past!

Speaking of the past, remember Overhead Projectors? To keep in line with our walk down memory lane, we’ll be introducing a new station called the Archive Room, where you’ll be able to inspect a brand new set of collectibles called Acetate Sheets. Who knows what kind of information these wonderful transparent sheets might hold!

We also have a plethora of quality of life tweaks in the works – full details to come at a later date! I can’t spoil all the surprises!

You’ll get the chance to reminisce about the good old days alongside Beverly this Summer.

Jackie & Daria Update
Out of the blue, Stella receives coordinates for a new island that houses a run-down hospital. There, she’ll meet two spirits: Jackie, the caretaker, and Daria, his main patient. Seeing that Jackie is overworked, Stella decides to lend him a hand.

All will be revealed when the Jackie & Daria Update launches this Fall.

For a condensed look at what’s ahead for Spiritfarer, check out the roadmap below. 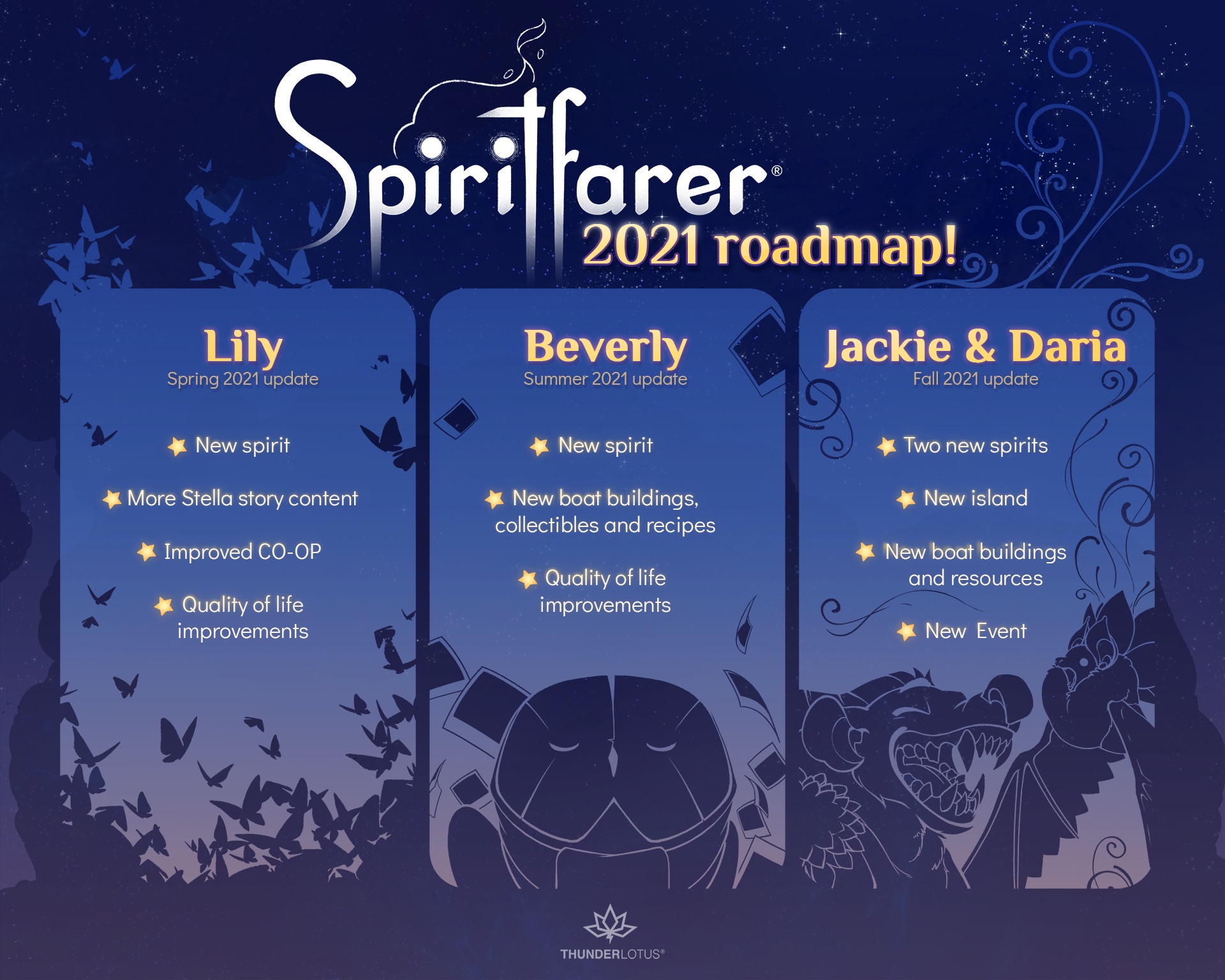