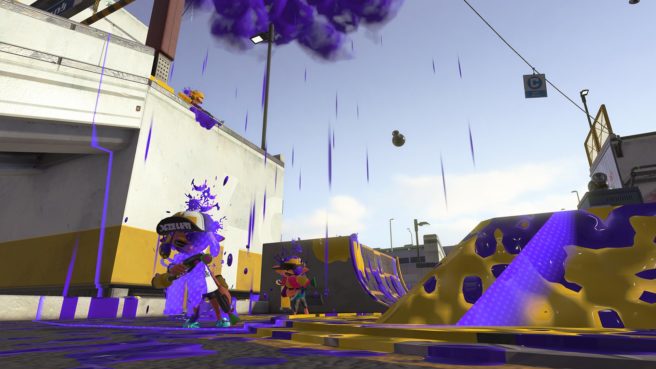 The japanese Splatoon Twitter account has been giving updates about some of the old and new weapons that we’ll be able to play with in Splatoon 2. Today, they’ve shown two returning weapons: the Splattershot Pro and its sub-weapon, the Point Sensor, which now will keep the tag effect a few seconds after the explosion so any player passing by in that period of time will get tagged.

But the all new special weapon that will be paired with this Splattershot Pro is the Ame Furashi (we still don’t know the English name). As its name in japanese suggests, it will create a rain cloud that will move around, so the opponents will be forced to retreat if they don’t want to get wet with ink.

Check out the screenshots below: