Splatoon 3 gets new details and trailer 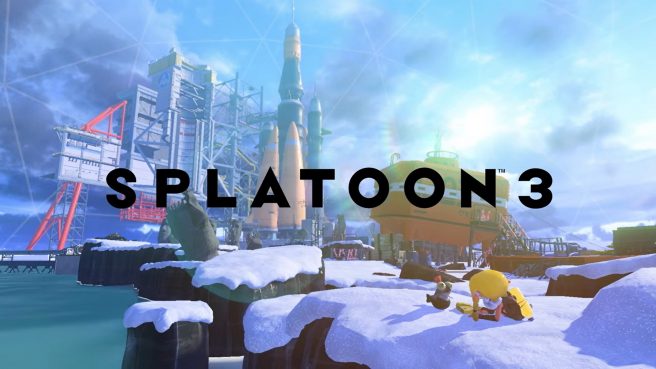 It’s been several months since we last heard about Splatoon 3, but the game returned to the spotlight during today’s Nintendo Direct.

New details and a trailer were shared:

CI_NSwitch_Splatoon3_MainVisual.jpg
The theme of Splatoon 3’s story mode is “Return of the Mammalians”. What could this mean in a world where mammals have vanished from the planet’s surface (save for two cats)? Where did the Inklings come from and what’s in store for them next?

Our hero is a Splatsville youth who earns a living salvaging scrap with their Smallfry buddy while enjoying the thrill of Turf Wars. After a chance encounter with the New Squidbeak Splatoon, who are fighting the Octarians, they are appointed “Agent 3”.

Perfectly adapted to the harsh environments of the Splatlands, Agent 3’s Hero Suit boasts squid-like stretchiness for all your heroic needs. Your Smallfry buddy even fits into the backpack! The trailer shows two different styles, which may have situational uses…

Here’s a soldier of the evil Octarian army, who are plotting to invade the squid world. This one seems a little…unusual. Suffering squids, its body is covered in hair! Now why would a marine lifeform sprout such a mane?

Here’s where the story takes place. It certainly stands out from your typical Splatlands scenery. It’s not yet clear where and why it was constructed, but its location has been identified as “Alterna”.

Alterna is home to a mysterious substance known as “Fuzzy Ooze”. It pulsates as if it’s some kind of lifeform, but doesn’t seem to be one. It’s partially covered with brown hair. Perhaps it’s somehow connected to that fuzzy Octarian…

If an Inkling comes into contact with the Fuzzy Ooze, it sprouts hair all over its body and loses control of itself, becoming a hopelessly flailing shadow of its former self. Proceed with caution!

It seems the Inklings’ Smallfry buddies don’t react negatively to the Fuzzy Ooze. In fact, they’re able to gobble it all up! Their help will be vital in unravelling Alterna’s mysteries.

Smallfry help out by attacking Octarians with their fearsome bite, activating contraptions and more. What they lack in size is more than made up for in bravery and dependability!

Here are the New Squidbeak Splatoon, who are secretly fighting the Octarians. From left to right: Agent 1, Captain, Agent 2. Their true identities are shrouded in mystery, but they will support the new Agent 3 along the way.

Keep this hush-hush, but when Agent 1 and Agent 2 aren’t out saving squid-kind, they’re performing as Callie and Marie of the idol group Squid Sisters. Check out one of their concerts here.

Craig Cuttlefish gained celebrity as the Squidbeak Splatoon’s heroic captain, but has since retired from active duty. Not one to rest on his tentacles, his keen sense of duty compels him to patrol the squid world. There’s life in the old squid yet!

That’s the latest intel on Splatoon 3’s single-player campaign. Now let’s take a closer look at some of the new stages and weapons shown in the trailer.

Eeltail Alley is an old neighbourhood in the centre of Splatsville and has become a hangout spot for the town’s youth. A footbridge extends over this three dimensional stage, making for some exhilarating Turf Wars!

The Museum d’Alfonsino is situated in Inkopolis. A sophisticated transport network makes it possible to join Turf Wars there. This expansive museum houses countless works of contemporary art.

Scorch Gorge’s towering rock formations are thought to have been undersea hydrothermal vents, now appearing on land due to changes in the planet’s surface. This majestic landscape is a popular Splatlands tourist attraction.

The Crab Tank is a crab-shaped, multi-legged tank, equipped with a powerful, rapid-fire gun and a cannon that boasts a formidable blast radius. While it’s possible to scuttle about in crab form, you’ll get around faster if you transform into a ball.

The Big Bubbler is a modified version of the special weapon once used in Inkopolis. Fixing it in place has greatly boosted its output. For the Splatlands Inklings, bigger is definitely better. Protect your allies with this bubbly barrier covering a big area.

This special weapon transforms you into the stealthy warrior Zipcaster. Super stretchy and sticky tentacles let you zip around in all directions! After use, you return to the place where you transformed to keep your identity hidden. A warrior’s path is a lonely one.

The Trizooka is a modified version of the special weapon once used in Inkopolis. Its powerful shot fires three blasts at once, and can be fired three times in total each use!

The Killer Wail 5.1 is another modified version of a special weapon used in Inkopolis. The six floating megaphones move autonomously and attack with lasers that chase down enemies. The Splatlands’ high-tech sector seems to be undergoing rapid development.

Introducing C-Side, a three-piece band straight outta the Splatlands. Despite having no formal music education and growing up without privilege, they got where they are today through innate talent and ambition.

Here’s a sneak peak at the demo version of their signature track, “Clickbait”, a song that explodes with Splatsville spirit. The electrifying rhythm and powerful guitar riff show off a C-Side who are at the top of their game.

Watch a new Splatoon 3 trailer below.

Splatoon 3 was originally announced for Switch back in February. The initial announcement coincided with a Nintendo Direct that was broadcasted at the time as well.