Stakes Winner is next week’s NeoGeo game on Switch 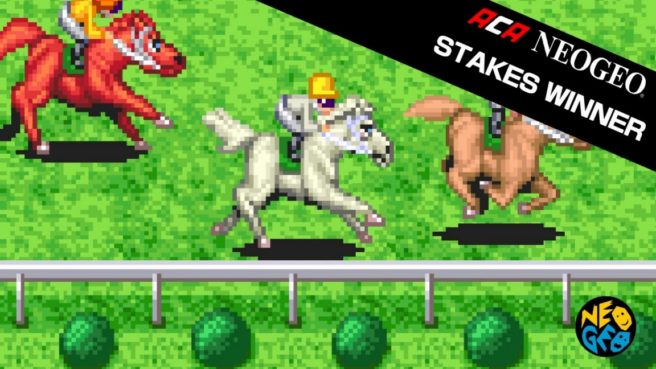 A listing on the North American Switch eShop reveals the latest NeoGeo game for Switch. Next up on the docket from Hamster is Stakes Winner, which originally came out in 1995.

Stakes Winner is a realistic jockey action game released in 1995 by SNK. Use skills such as showing the whip, formation split and hyper dash, collect items on the course, and power-up your beloeved horse in this multifaceted game. Ride with your horse through a variety of races as you aim to conquer the GI.

One thing to note is that Stakes Winner is apparently landing on May 2, which would be a Wednesday. Typically Hamster’s titles come out on Thursdays. It’s not a huge deal either way, but it’s