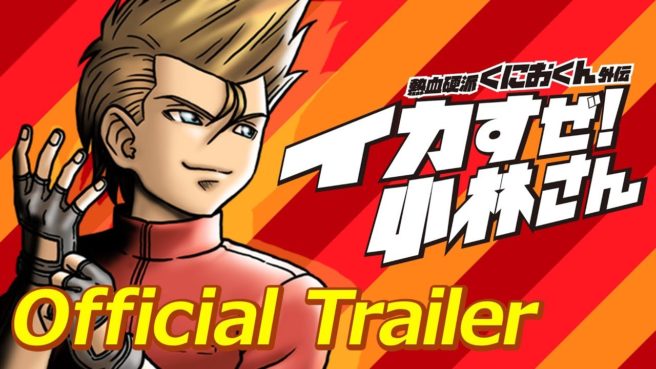 Reiho High School’s Big Four is a group of students feared by all other schools Among the students there was one who reigned, garnering the title of ‘Mr.’ from even his classmates…

His name was Kobayashi.

He fought Kunio under Yamada’s orders and lost… However, Kobayashi knew he hadn’t fought giving all he had.

What on earth is he planning?

Depending on your choices you may find the answer.

Masao Kobayashi – A third year student at Reiho High School. Coming from an upper-class background, he is somewhat of a prideful person. Due to complicated family circumstances, he goes by his mother’s maiden name. Although he gave only a glimpse of his power as the leader of the Big Four at Reiho High School, he’ll eventually show his true power on his journey to destroy that mysterious organization.

Kouki Mizoguchi – A mysterious, handsome boy who came from the future in pursuit of that evil organization. He provides backup to Kobayashi by utilizing numerous strange devices. He throws purification seals and fights although he’s particularly good at it. Even though he has no information about Kobayashi in the future, he recognizes Kobayashi’s power and befriends him.

Kunio – A third year student at Nekketsu High School. It’s widely known that according to the Legend of the Badass, a violent organization was destroyed by one person. It is said that the Righteous Delinquent will help the weak and crush the strong. Kobayashi sometimes wonders if there’s some sort of power that resides within Kunio’s fists that will crush the evil power.