Posted on July 26, 2011 by Austin(@NE_Austin) in Features, General Nintendo, Wii

Don’t misunderstand me; I’m just as upset over the lack of localization for The Last Story, Xenoblade, and Pandora’s Tower as you are. I don’t want to dismantle the entire argument behind OpRainfall because I’m an evil overlord or because I hate fun and all things good- I want to dismantle the entire argument behind OpRainfall because, let’s be honest; it’s only fair. Everyone and their aunt is ganging up on Nintendo over this situation, and Nintendo (being the ones who are trying to make a living off of this “gaming industry” thing) are coming off as total jerkoffs because they’re telling us “no” when we’re begging for candy that we don’t deserve.

“Austin!” You cry out in despair because of my last statement, “How could you say we don’t ‘deserve’ these games!? We begged for them forever!”

Before I answer that question, let’s play my favorite childhood game “Time Machine”. No no, it’s not a video game. It’s a game that uses your imagination and a cardboard box, if you’re lucky enough to have recently purchased a refrigerator. We’re going to go way back in time to 2007, when a company called Tri-Crescendo showed little tidbits of a very Japansese game, Fragile Dreams: Farewell Ruins of the Moon. When we saw the teaser, people got incredibly excited. The forums burst with people talking, and RPG fans were rejoicing that they’d finally get a great game to play. When it was announced that the game wasn’t going to be localized? The response was far from happy. I was personally very upset, and it seemed like the entire Wii community was very sad that this game wouldn’t be seen stateside.

Then, after months of complaining, game publisher XSEED stepped in and said “Enough is enough.”, vowing to localize the game, and localize it they did. It came out in March of 2010, to mixed reviews and sales of 100,000 units after a year on the market. I bet you that XSEED wasn’t feeling too happy about this one, after the mass e-mail campaign used against them similar to OpRainfall.

That’s not all, though. Let’s look at the sales of other games in similar genres:

Looking at sales of RPGs on Wii, things just really aren’t all that great. Fragile, a very sought after game, sells 100K, and even a game with a huge name and solid reviews like Fire Emblem: Radiant Dawn only managed 250K? Sorry, but if you were asking me to make a business decision based on these numbers, I’d say “Hell no.” and never think twice about it. Trying to sell a core RPG in the Wii market is the equivalent of trying to sell car insurance to a six year old. He just doesn’t care about, nor understand, nor have any use for, what you’re selling him. 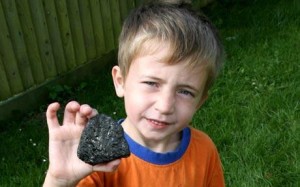 Nice rock, kid, but you know what you really need? Some car insurance.

And before you pull out the old “It got good scores in Famitsu” card, it’s not like none of these games got good scores from Famitsu; Rune Factory: Frontier went neck and neck with Pandora’s Tower (29/40), Fire Emblem tied up with Xenoblade (34/40), and Arc Rise Fantasia got a solid (32/40) as well. Little King’s Story? Topped all of these and nearly tied up with The Last Story at a 36/40. So no, the situation with OpRainfall isn’t “different” from any of these situations in the past. It’s the same thing, and it’ll have the same result if Nintendo localizes them; they’ll be frustrated that no one lived up to their end of the deal, and then proceed to not listen to our demands even more heavily than in the past. Great, right? 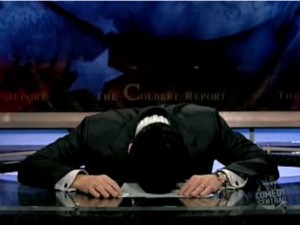 Now, don’t think I’m questioning the quality of any of these titles. I think they all look great, and I’m sad to see that we’re missing them, but can we please look at things from Nintendo’s point of view? They aren’t like Microsoft or Sony with a parent company to fall back on if they screw something up, so localizing three potentially deadly games is not going to look good to their investors (who keep the company running) and it’s certainly not going to be great for them financially. Will it destroy them? No, not at all. But just keep in mind their end up the situation before you go out and call them “traitors”.
That being said, I’d like to just say that if they did localize all three of these games, I probably wouldn’t buy any of them. Maybe Xenoblade, and maaaaaaaybe The Last Story, but chances are I’d wait for them to drop in price or buy it secondhand. I’m willing to bet that 50% of the people “supporting” OpRainfall are in the same boat. So here’s an idea: Let’s start something called “Operation Smart” where all of you guys go out and buy Fragile, Little King’s Story, and Fire Emblem new.. Hell, they’re only like $30 a piece now, right? I’d be willing to bet that a 200K boost in sales for each of those games would change Nintendo’s mind.

So… why should it be expected that you’ll spend $150 on three games that are just as good and just as fun?