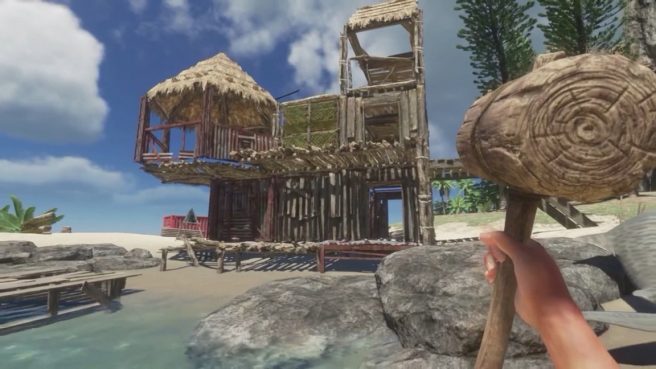 Without any prior announcement, Stranded Deep has started to roll out on Switch. The game is currently live in Australia, and we’re expecting to see it in North America and Europe very soon as well.

Stranded Deep is a survival game originally made by Beam Team Games in 2015. There was a PlayStation 4 and Xbox One port last year, but we never heard about any plans for Nintendo’s console.

Here’s more on Stranded Deep from the Switch eShop page:

Experience terrifying encounters both above and below an endless environment with a different experience each time you play.

Test Your Survival Skills In This Open World Adventure

In the aftermath of a mysterious plane crash, you are stranded in the vast expanse of the Pacific Ocean. Alone, without any means to call for help, you must do what you can to survive.

Explore underwater and on land as you hunt for supplies to craft the tools, weapons, and shelter you’ll need to stay alive. Stay sharp: hunger, thirst, and exposure conspire against you as you brave treacherous elements and the dangerous creatures of the Pacific.

Stranded Deep is being sold digitally for Switch via the eShop. It comes with support for English, Japanese, Portuguese, Spanish, French, German, and Italian language options. Additionally, the file size clocks in at 678MB.