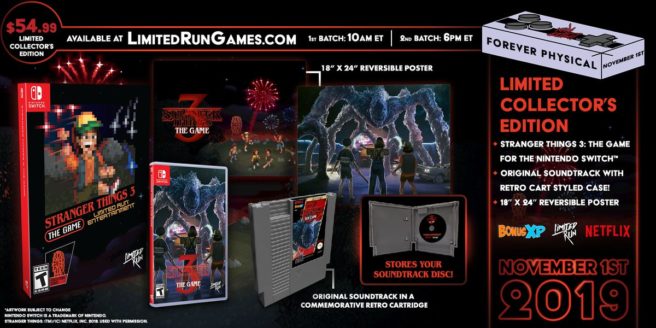 Per usual, fans can purchase a standalone unit. On top of that, a collector’s edition is planned. Copies include the game, a soundtrack in a special case, and a poster.

You can pre-order Stranger Things 3: The Game from Limited Run Games starting tomorrow, November 1, beginning 7 AM PT / 10 AM ET. Reservations from the standard release will be open for two weeks.