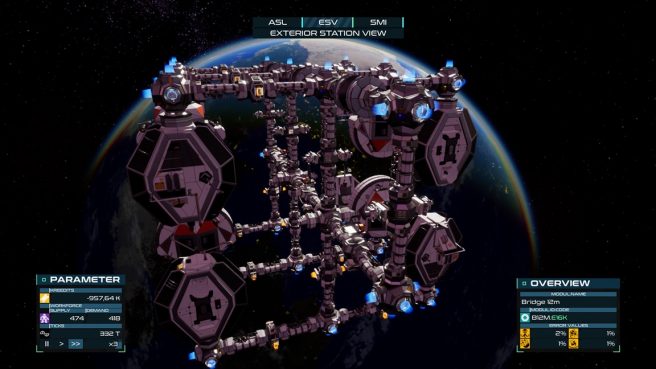 orbit.industries has been announced for Switch, and it’s only about a month away. Publisher Klabater and developer LAB132 have confirmed that the strategic space station building title will be releasing for Nintendo’s console on April 21, 2022.

orbit.industries has been inspired by “classic science fiction literature, movies, and popular space-opera TV series with actual knowledge and progress achieved in the field of space exploration, space engineering, and orbital stations development.” The ultimate goal is to create a station that’s both profitable and efficient. Players can partake in Campaign, Creative, and Endless modes.

In space, no one can hear you scream – neither a victorious cry, nor one loaded with frustration. So what shall it be, Space Pioneer, when you are the Captain of it all?

orbit.industries is a strategic space station building game where your job is to make the station as profitable and efficient as possible. You can play one of 3 modes: Campaign, Endless or Creative, the latter where you don’t have to worry about any constraints to your creativity.

You can focus on making the station yield the biggest profit in the most efficient way possible, or do you want to focus on making it visually pleasing to the eye? The choice is all yours!

– Full 360 degrees, 3D view of the station within Unreal Engine 4

– An abstract 2D stylized view of management cycles and resources

– 54 Modules varieties to build and design your station with

– A technological tree to explore and expand

A trailer for orbit.industries is included below.

For those interested in orbit.industries, it’ll be sold on the Switch eShop next month.