Sturmwind EX getting a physical release on Switch 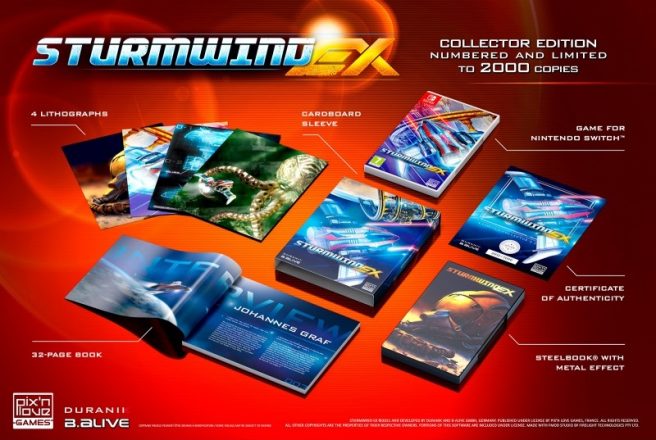 Sturmwind EX, a shoot ’em up for the Dreamcast before releasing on Switch in 2019, was initially offered on the eShop. Now thanks to Pix’n Love, a physical release is in the cards.

Sturmwind EX will be offered with a standard copy and collector’s edition. If you opt for the latter, you’ll receive:

– The game Sturmwind EX (physical edition) for Nintendo Switch
– A certificate of authenticity numbered at 2,000 copies
– An exclusive steelbook
– A 32-page “making-of” artbook featuring a brand-new interview of Duranik, the studio which developed the game. (book in English)
– Four lithographs
– An exclusive cardboard sleeve