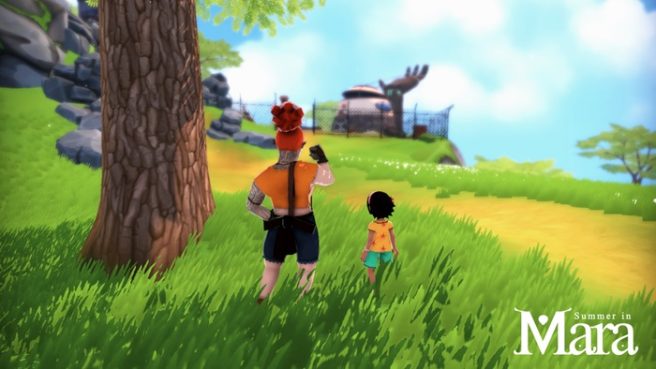 Summer in Mara was originally on track to launch later this year. Unfortunately, that will no longer be happening. Chibig has announced a delay, resulting in a new release window of early February.

Since the Kickstarter ended, we have been in contact with some publishers interested in Summer in Mara. We’re very grateful to them. They help us a lot, solved our doubts, and teach us some cool things about game dev and publishing. However, we want to make this journey on our own.

We want to learn not only how to make games, but how to publish them and sell them. So we’re going to manage all the things involved in the Summer in Mara release. Thanks to it, we will be closer to you and all of our fans and players. This is the first time that we do something like this, so please be patient with us.

Because of this decision, we will have to delay the game. Yes, we know — another Kickstarter game delaying its initial launch. We’re sorry to tell you this and, until the last minute, we have tried to find other solutions. But we have to face the harsh truth. We will have to make QA, porting to all consoles, managing localization companies, attending to more expos, and other work related to the development of the game. Also, we want to give you the best experience possible on all platforms.

So, what’s our actual plan now?

We’re going to send all the physical rewards in October. The game might be delayed, but not the postcards, prints, art books, plushies and ukulele.

Then, between October and December, we will be making the ports, the testing, the translation and localization of Summer in Mara.

The new release date for the game is early February.

You can find the full status update here, which includes the latest gameplay details.