Summer in Mara getting a physical release in Japan 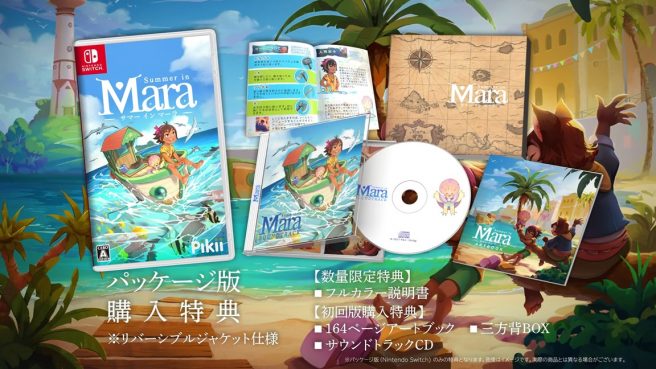 Summer in Mara has been on Switch in North America and Europe for over a year now. In Japan though, the game hasn’t launched. The good news is that fans in the region will soon be able to play it as well.

Pikii has picked up Summer in Mara for Japan where it will not only have a digital version, but a physical release as well. The latter edition includes a full color manual, 164-page art book, soundtrack CD, and special box.

Summer in Mara is out now on the Switch eShop in North America and Europe. The Japanese version will arrive on August 26.