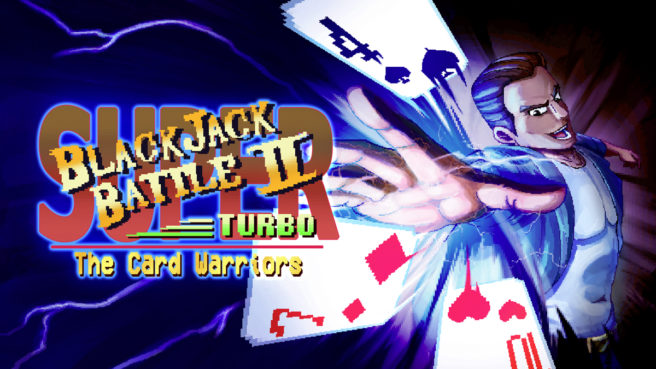 Super Blackjack Battle 2 Turbo Edition – The Card Warriors is coming to Switch next week, according to Nintendo’s website. Pre-orders are currently live with a discount. Normally priced at $7.99, it can be purchased for $6.39.

Following an invitation by the owner of the largest Casino in Las Vegas and Godfather of the local most influential crime family, each character will face the other participants in a face-off game of cards.

Only the best of them will fly to Vegas to challenge the Godfather himself in a final match, not knowing that the tournament itself is nothing more than a charade to hide a ruthless master plan to defeat the competing clan family…

So what’s the deal with this game?

-A roster with 12 characters from all around the World such as Mark, an undercover FBI Agent, Kamiko from Japan, seeking revenge for her Uncles death or Gregor, a South African warlord.

– Play with up to four players

Super Blackjack Battle 2 Turbo Edition – The Card Warriors is due out on August 7.