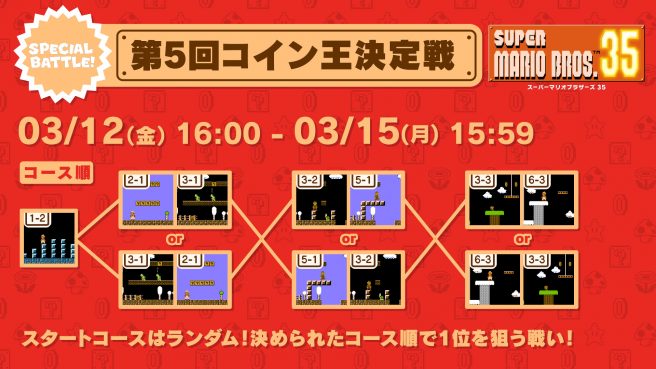 Nintendo will be kicking off the weekend with the latest event in Super Mario Bros. 35. It’s time for the 5th Coin King Special Battle.

Note that the starting course will be random. Other than that, the order of the second and third courses, fourth and fifth courses, and sixth and seventh courses will change based on the routes pictured above.

The 5th Coin King Special Battle will be held in Super Mario Bros. 35 between March 12 and March 15.