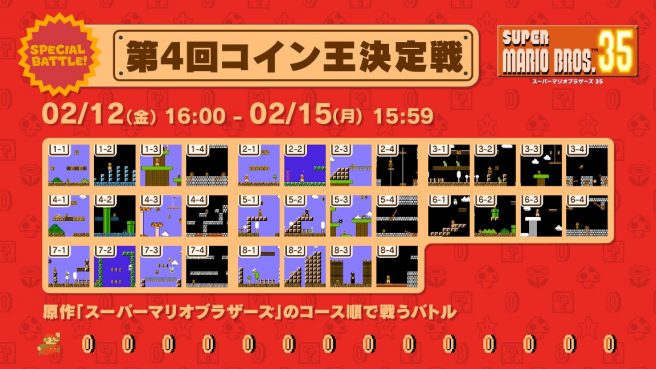 Super Mario Bros. 35 players can look forward to another Special Battle event this week. It’s another Coin King Special Battle in which players will be taking on all courses from 1-1 all the way through 8-4.