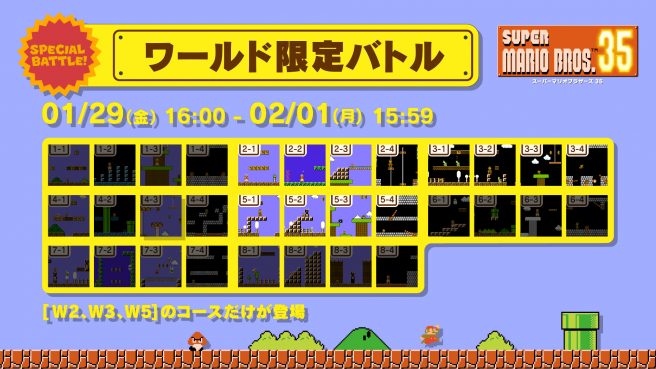 Super Mario Bros. 35 is cooking up another Special Battle event for this week. You’ll only encounter courses from Worlds 2, 3, and 5. Keep in mind that you won’t actually know which stage will be appearing until you’re actively playing.

The new Special Battle event kicks off on January 29. It will last until February 1.