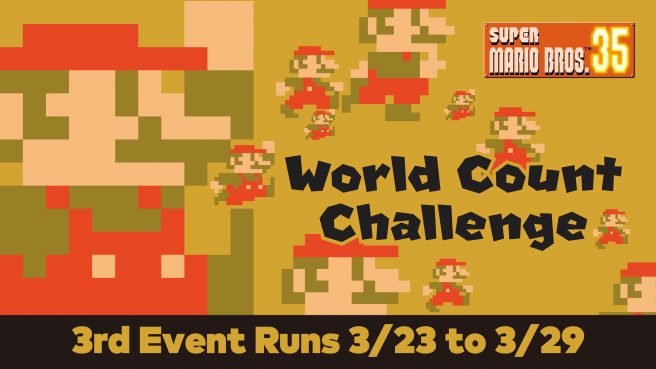 Nintendo has announced details regarding the third and final World Count Challenge in Super Mario Bros. 35.

This time around, players will be tasked with collecting 350 million coins. Those that collect at least one coin during the event will be provided with 350 My Nintendo Platinum Points if the goal is reached.

The last World Count Challenge will run in Super Mario Bros. 35 between March 23 and March 29.