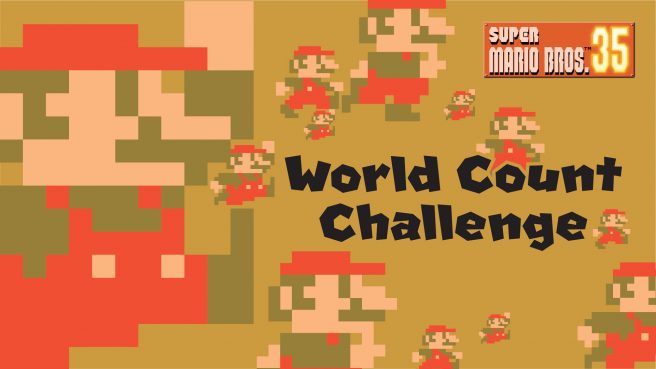 A few days ago, Super Mario Bros. 35 kicked off its second World Count Challenge event. Players were tasked with collectively defeating 350 million Goombas. 317,373,419 Goombas were defeated in total, so the goal was ultimately not met.

The event was originally tied into a My Nintendo promotion. If the 350 million target was met, players would have been awarded with 350 Platinum Points on My Nintendo.