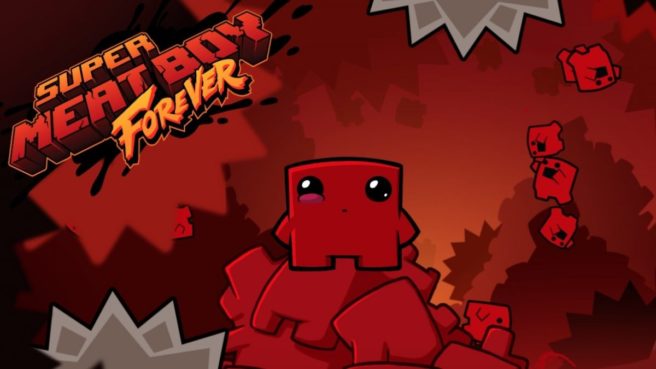 Super Meat Boy Forever fans will need to wait a bit longer for the game’s release. Last scheduled for an April launch, it has now been delayed.

Team Meat isn’t ready to provide a final date just yet. However, the title is still expected out very soon, and the next trailer will inform fans as to when it’ll be ready to go.

We’ve been knocking out the last bits of Super Meat Boy Forever at record speeds while keeping a healthy and sustainable pace. We are going to keep that pace which means we will not hit our April 2019 release. Sorry about that. We could have sacrificed our minds, bodies and social lives to make April 2019 but that’s stupid. Team Meat isn’t some studio owned by an Evil Asshat corporation that has say over what we do and how we do it. We are fortunate enough to have control over how we work and we choose not to run ourselves into the ground.

Game delays blow, we know, but we’re so close it shouldn’t be too long of a delay. The next trailer we drop will have a concrete release date but until then we are officially launching “After but not too far after April 2019”.

This past weekend we were telling this to attendees at PAX East and everyone we told was really cool about it so we’re just going to assume they speak for everyone on the internet and say thank you all for understanding and being cool with this delay.