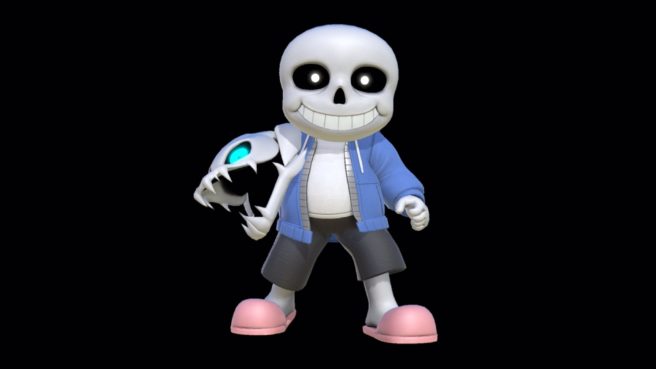 Super Smash Bros. Ultimate director Masahiro Sakurai and Undertale creator Toby Fox have revealed the original design for Sans in the Switch title. While not massively different from the final model, Sans originally had tiny fingers. According to Fox, he “asked them to replace them with a larger mitten-like hand instead.” You can see what the initial design looked like above.

Sans is one of the more recent Mii Fighter costumes we’ve seen in Super Smash Bros. Ultimate that represents an indie game. Cuphead is another example of this type of collaboration.