SuperEpic getting a physical release, including Badge Collector’s Edition 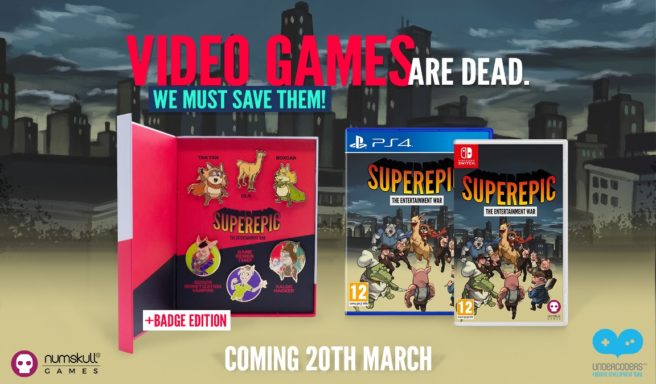 Numskull Games today announced a special physical release for SuperEpic, a Metroidvania-style adventure game. Fans will be able to purchase a standard version or the Badge Collector’s Edition. With the latter release, a special collector’s display box is included along with six high-quality pin badges. Only 5,000 copies will be produced on Switch.

Here’s some information about SuperEpic:

Taking the helm of a raccoon and a burger-eating llama, you embark on a quest to save video games as we know them by ramming into the headquarters of RegnantCorp – a video game development company that controls an Orwellian society by addicting citizens to their free games.