Supraland getting a physical release on Switch 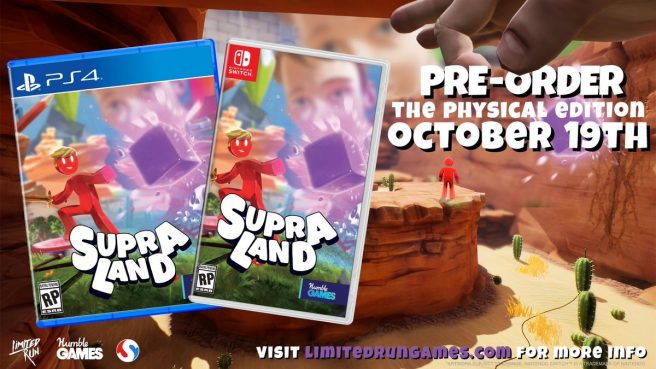 A physical release of Supraland has been confirmed, with Limited Run Games handling distribution. The company is teaming up with Humble Games and Supra Games to produce a boxed version.

Supraland will be offered as a standalone release on Switch. Limited Run Games is not making any special editions at this time.

This is the first time that Supraland will be seeing a physical edition. It previously launched on the eShop in October 2020.

For more on Supraland, check out the following overview:

Embark on a valiant quest to save your toy village in the hit first-person open-world puzzle platformer!

Roam and explore a huge interconnected world. Unlock powerful new abilities and combine them to overcome imaginative puzzles or uncover shrouded secrets. Defeat charging hordes in fast, frenetic first-person combat as you battle your way towards an audience with the Blue King.