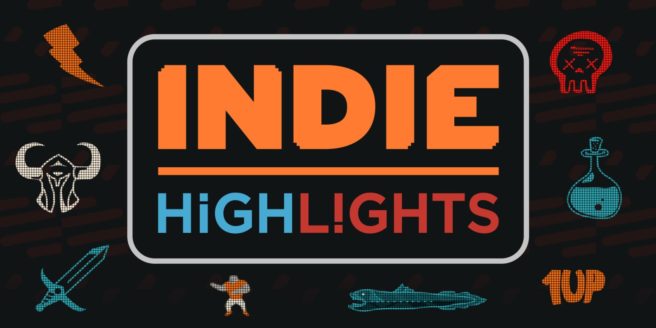 Nintendo has put out an official announcement recapping all of the news from today’s Indie Highlights video. If you don’t feel like watching the full thing or missed out on any of the reveals, check out the PR below.

The new year is the time for new things and, in a new Indie Highlights video, Nintendo of Europe showcased a selection of exciting independent games coming to Nintendo Switch this year. The video included the first look at SteamWorld Quest: Hand of Gilgamech, a beautifully hand-drawn roleplaying card game from Image & Form Games, the creators of critically-acclaimed titles such as SteamWorld Dig and SteamWorld Dig 2. SteamWorld Quest is set for release first on Nintendo Switch in 2019.

Here’s a rundown of the games featured in today’s Indie Highlights video:

The presentation also includes a highlights reel recapping some of the numerous great indie titles already available on Nintendo Switch. So whether you’re discovering this extensive catalogue of games for the first time, or you’re an experienced gamer just wondering what to play next, be sure to check out both the presentation and the Indie Highlights Hub.

With Unruly Heroes, Goat Simulator: The GOATY and When Ski Lifts Go Wrong all available from today, SteamWorld Quest in the pipeline and a diverse range of other exciting titles arriving throughout the year, 2019 looks set to be another action-packed year for indie gaming fans on Nintendo Switch.