Switch OLED has its own screen protector, Nintendo wants you to leave it alone 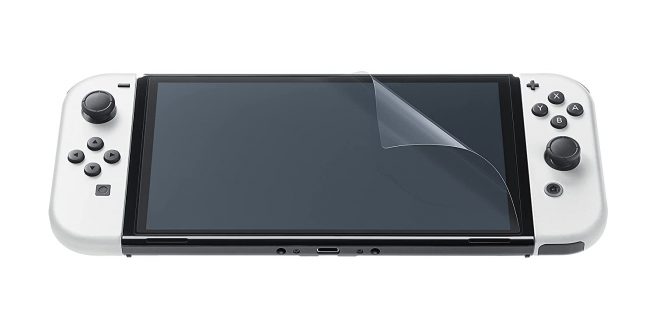 Did you know that the Switch OLED comes with its own screen protector? This is officially referred to as an “anti-scattering adhesive film”. And you’ll want to leave it alone.

Nintendo’s latest Switch system features an OLED display, which is quite different than the plastic LCD panel we’ve seen with the console previously. To protect the screen against scratches and prevent glass from breaking into sharp shards if damage were to occur, the film is used in the new model.

If you look at the Switch OLED manual, Nintendo puts a clear warning for all users. It clearly states: “Do not peel off the anti-scattering adhesive film from the OLED screen of the console.”

As pointed out by The Verge, there’s a good chance that you may not even notice the anti-scattering adhesive film. It’s actually not an easy thing to see. Nonetheless, as Nintendo says, make sure you don’t attempt to peel it off.

Nintendo recently had some interesting things to say about the OLED model in an interview. Read about the system’s origins here and its increased screen size here.