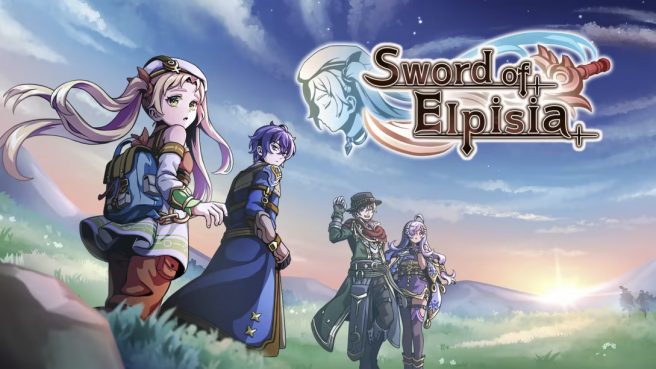 Kemco will publish the RPG Sword of Elpisia on Switch next month, the company announced today. The game, which is developed by Exe Create, will be releasing on February 10.

Here’s some additional information about the game via its eShop listing:

In Terra, a world whose civilization developed thanks to magic tools, there are frequent cases of people being turned into magic swords. Alice, a girl who is traveling with Aldo, the main character, chooses to become a sword to rescue her friends. Will their journey and encounters lead them to a predetermined fate?

Throw yourself into the beautiful, complex turn-based battles, using magic swords with up to three weapons set! The overwhelming charm of pixelated graphics surround your entire world and adventure in a unique fantasy JRPG. Not to mention all the necessary elements from treasure hunting, quests, pet buddies to almost-infinite level caps!

Take a look at a trailer for Sword of Elpisia below.

Sword of Elpisia will typically cost $14.99 on the Switch eShop. However, the game can be pre-ordered now with a 10 percent discount.

Do you plan on picking up Sword of Elpisia when it launches? Let us know in the comments below.