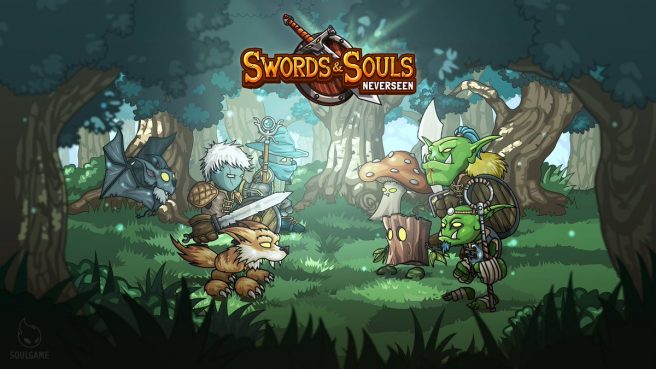 Publisher Armor Games Studios and developer SoulGame Studio have announced that Swords & Souls: Neverseen will soon be released on Switch. The RPG is planned for an August 18 launch on the console.

From SoulGame Studio, creators of the wildly popular Swords & Souls, comes an all new, even bigger standalone adventure to an island far across the sea. In Swords & Souls: Neverseen you find yourself shipwrecked and caught up in a struggle between a dangerous witch and some decidedly kooky townsfolk. To stop the witch, you’ll need to train, fight, train, and fight some more in this addictive single-player combat-focused game that rewards player skill and juicy progression.

– Addictive and evolving training minigames to train your character’s stats
– A fast-paced blend of real-time and turn-based combat
– Face hordes of enemies across the Neverseen and its wild environments
– Tame pets and meet colorful mercenaries, both to fight beside you
– Vary your playstyle with six types of weapons, passive skills, and unique rings
– Upgrade your home and training grounds for stat and experience gain
– Buy equipment, invest in the local museum, go shopping, fishing and more!
– Keep playing in the post-game endless mode with randomized encounters
– Online leaderboard to share your high scores
– A light-hearted story filled with surprises and humor