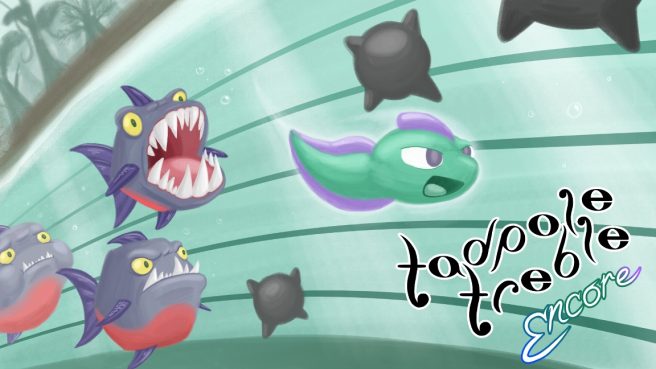 The well-received rhythm-based action game Tadpole Treble, which first made it to Wii U in 2016, is now heading to Switch. BitFinity has announced that Tadpole Treble Encore will release with new content on January 21.

The award-winning rhythm-based action game is coming to you! Tadpole Treble invites players to embark on a thrilling adventure through sheet music. Escape predatory piranhas, flirtatious admirers and more as you make your way back home. Or forge your own path – and songs – in the game’s extensive Composition Mode!

-Plenty of high ranks to shoot for and rewards to unlock!

-Developer commentary on every stage!

-Dozens of tunes, including six fully sung songs–enough to make this the gaming equivalent of those animated musicals you grew up on!

-Make your own songs and stages, choosing from a bevy of options and instruments!

Tadpole Treble Encore will cost $8.99 on the Switch eShop. Pre-orders are currently live.