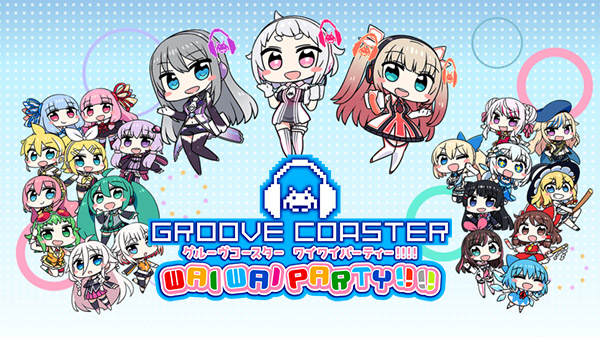 No confirmation of release in any region has been made quite yet. A description of the game has been translated from the official website by Gematsu below, along with a trailer. Groove Coaster, created with the concept of “combining a music game and roller coaster” and loved by fans worldwide through its smartphone, arcade, and Steam releases, finally appears on Switch.

Equipped with “Active Controls” in which you use the Joy-Con to perform, you can play various songs and experience the groove in a way that only Switch can offer. “Everybody Play” is a mode where everyone can join on the fun. With support for up to four players, you can run through the music and roller coaster lights alongside friends and family.

This mode offers two types of battles: “Wai Wai Battle,” where everyone can play regardless of skill level, and “Gachi Battle,” where users who play day in and day out can test their skills against each other. Additionally, special characters including VTubers, Vocaloids, and Touhou Projectcharacters will appear in various scenes such as songs, avatars, and game navigation.

Some songs have a “Vocal Change” feature where you can switch between the regular and VTuber-sung versions of the song.