Target’s Black Friday 2020 ad is in. For the most part, the same kinds of deals we’ve been seeing at retailers will be here as well, including discounts on first-party and third-party Switch titles.

Here’s the lineup of confirmed deals:

We’ve included the relevant gaming pages from Target’s Black Friday ad below. You’ll notice that it says there are more titles will be included that aren’t listed. 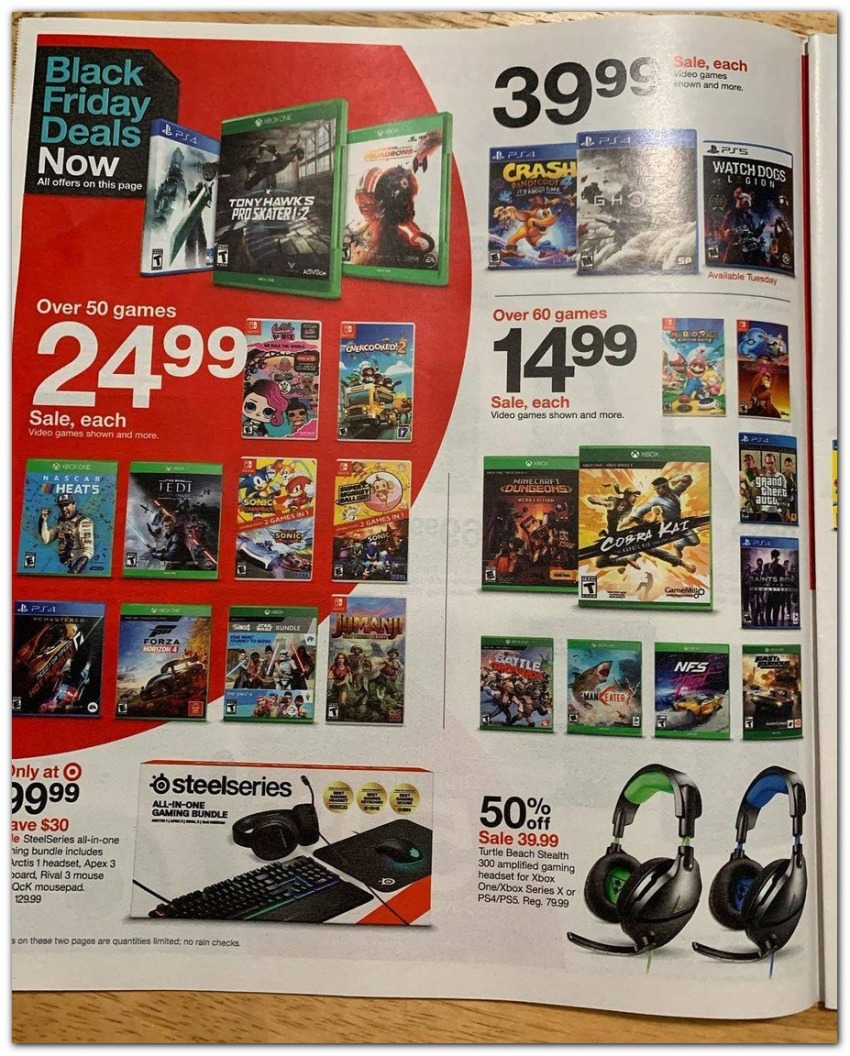 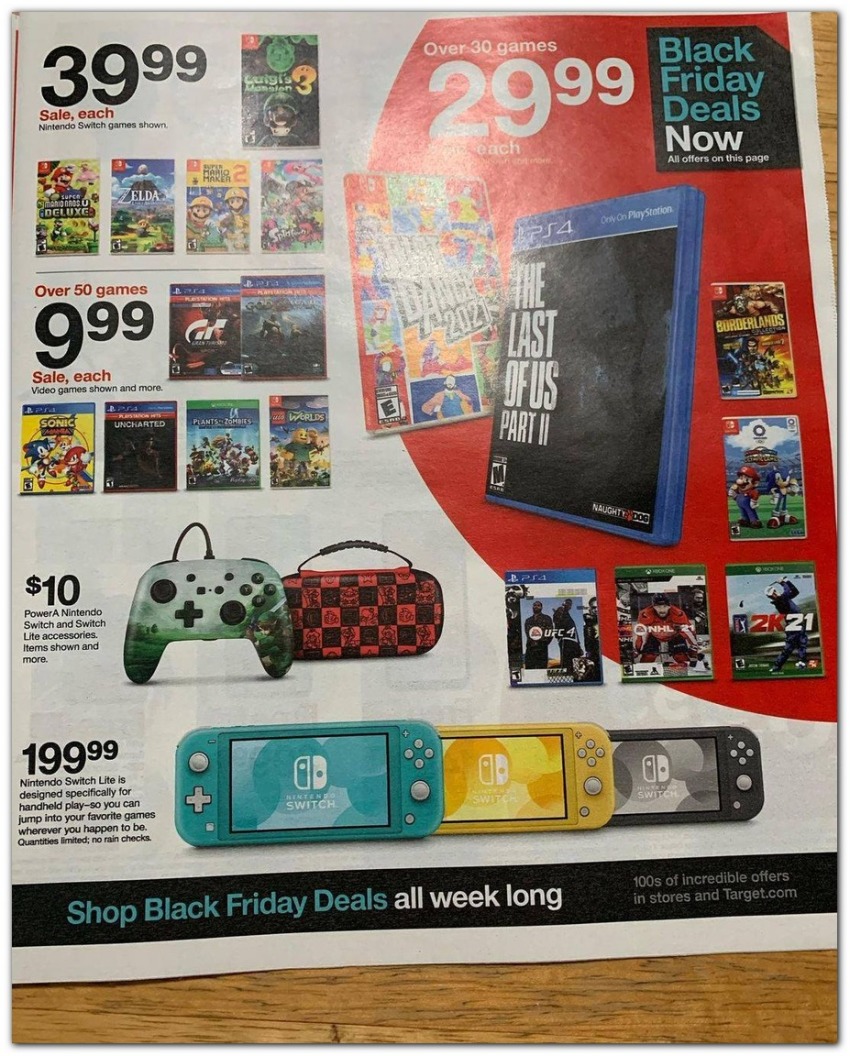 If you’re interested in checking out the full Black Friday ad from Target, head on over here.