The Darkside Detective out for Switch on February 7 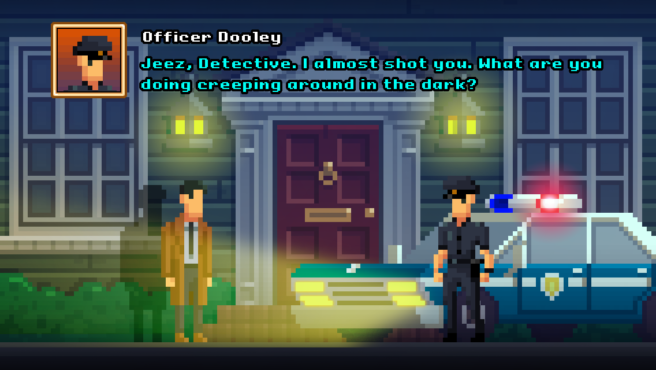 The Darkside Detective is coming soon to Switch. A release is planned for February 7, Spooky Doorway has announced.

The Darkside Detective is a classic point-and-click adventure game with six bit-sized cases. It features “retro pixel art with a modern twist”, a soundtrack by Ben Prunty (FTL, Into the Breach), and more.

Here’s the general premise and a trailer:

Detective Francis McQueen is the lead investigator of the criminally underfunded Darkside Division. When evil darkens the doorsteps of Twin Lakes City – hell, even when it just loiters around shop fronts or hangs out in shady alleyways – he’s there, ready to investigate the cases that nobody else will.