The House in Fata Morgana: Dreams of the Revenants Edition announced for Switch 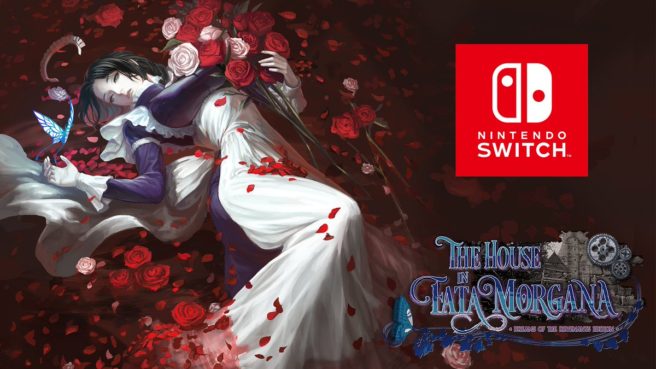 Novectacle announced today that it is bringing the acclaimed visual novel The House in Fata Morgana: Dreams of the Revenants Edition to Switch. A release date has yet to be confirmed.

The House in Fata Morgana originally arrived on Steam back in 2016. For the Dreams of the Revenants Edition, there was an updated UI design, refurbished backgrounds, enhancement of effects, remaking several art pieces, and more.

Here’s an overview of The House in Fata Morgana, along with a trailer:

You awaken in a decrepit old mansion.

A woman with eyes of jade stands before You, informing You that You are the Master of the house, and she Your Maid. However, You have no memories, no concept of self—or, indeed, any certainty that You are even alive.

The Maid invites You to join her on a journey through the mansion’s lifeless halls, to behold the numerous tragedies that have befallen its residents. She suggests that among them, perhaps You will find some trace of Yourself.

Beyond the first door lies the year 1603.
It is an era of unparalleled beauty, where art and theatre flourish. Roses bloom abundantly in the garden where the inseparable Rhodes siblings play, and though they appear to be free of worry and strife… not everyone is content to see them happy.

Beyond the second door lies the year 1707.
In this era, the mansion lies in ruins, and a beast dwells within. He claims to yearn for a life of serenity, but it is not long before he yields to his innate savagery and a massacre ensues.

Beyond the third door lies the year 1869.
In this technologically advanced era, people are always on the move. The mansion’s master is an ambitious businessman who has invested in the rail industry. However, his obsession with wealth and power leads him to neglect and mistreat his wife.

Beyond the fourth door lies the year 1099.
The Maid tells You that this is the final tale. In this era, You see a young man who claims to be cursed and a girl with white hair, called Giselle, who has been branded a witch and marked for death.

Having borne witness to these four tragedies, each set in a different time and place, You are now free to choose whether You wish to end Your story here… or press on.

But there are those who would say,

“You were able to bear them because they weren’t your tragedies.”

The House in Fata Morgana: Dreams of the Revenants Edition will be sold digitally on Switch. Novectactle did work with Limited Run Games on a physical version for PlayStation platforms, so perhaps the same treatment could extent to Nintendo’s console.

More: Novectacle, The House in Fata Morgana: Dreams of the Revenants Edition