The Hundred Year Kingdom arriving on Switch this February 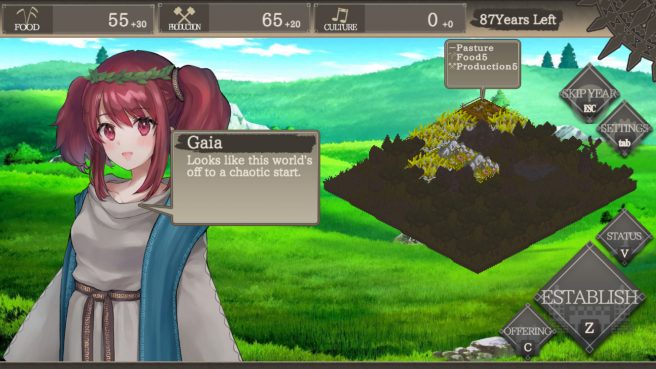 According to a translation by Gematsu, Chorus Worldwide, Waku Waku Games, and Kaeru-san Games have announced that turn-based simulation title The Hundred Year Kingdom is coming to Switch on February 3, 2022. This is following a delay from its original release window of Q4 2021.

In case you missed it, here’s an overview for the game:

Welcome to an untouched new world. Only you the Creator – and a mythical young goddess who calls herself an oracle exist here. Share times of laughter, tears, and joy as you combine your skills and powers to guide the emergence of a brand new civilization. Behold what becomes of your world after a century of growth.