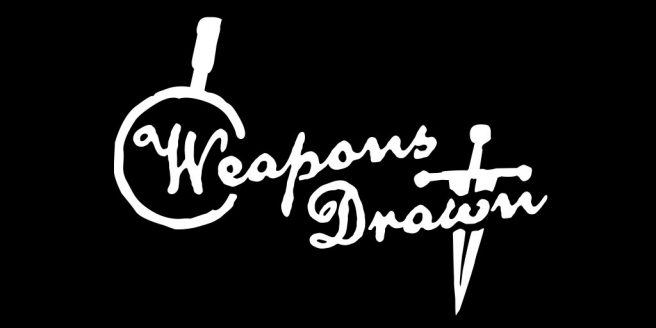 Jackbox Games today unveiled the fifth and final game in The Jackbox Party Pack 8. Weapons Drawn, a social deduction experience, will be included.

THERE’S BEEN A MURDER! Actually… there’s been several murders. Maybe too many murders.

And in Weapons Drawn, a social deduction game in The Jackbox Party Pack 8, it’s your job to solve these murders. Every piece of evidence in the game is provided by the players. Who drew this “weird sword”? Will anyone guess I was the one that named my guest to the party “Professor Poopoo”? For better or worse, every detail of this very serious mystery is created by you and your friends.

But as much as we love social deduction games it can sometimes be a bummer to not get the secret role you want in a game. What if everyone had access to the fun part?

That’s why in Weapons Drawn everyone’s a detective, but everyone is also a murderer. If you can figure out who brought “Jude Slaw” or “Ugh, it’s Blake” you can murder them. But be careful, your drawing of “wolves” or “bad food” will be left at the murder scene as a clue. The other detectives may start to figure out you’re the one responsible… unless you can distract them by solving a different murder.

To add another devious twist, each player has a calling card, a letter from their name that they have to hide in all their drawings. If you spot a B or a sideways H you may be one step closer to solving a murder.

The Jackbox Party Pack 8 is planned for this fall on Switch. We have details on other confirmed games here, here, here, and here.

Thanks to Jeffrey D for the tip.